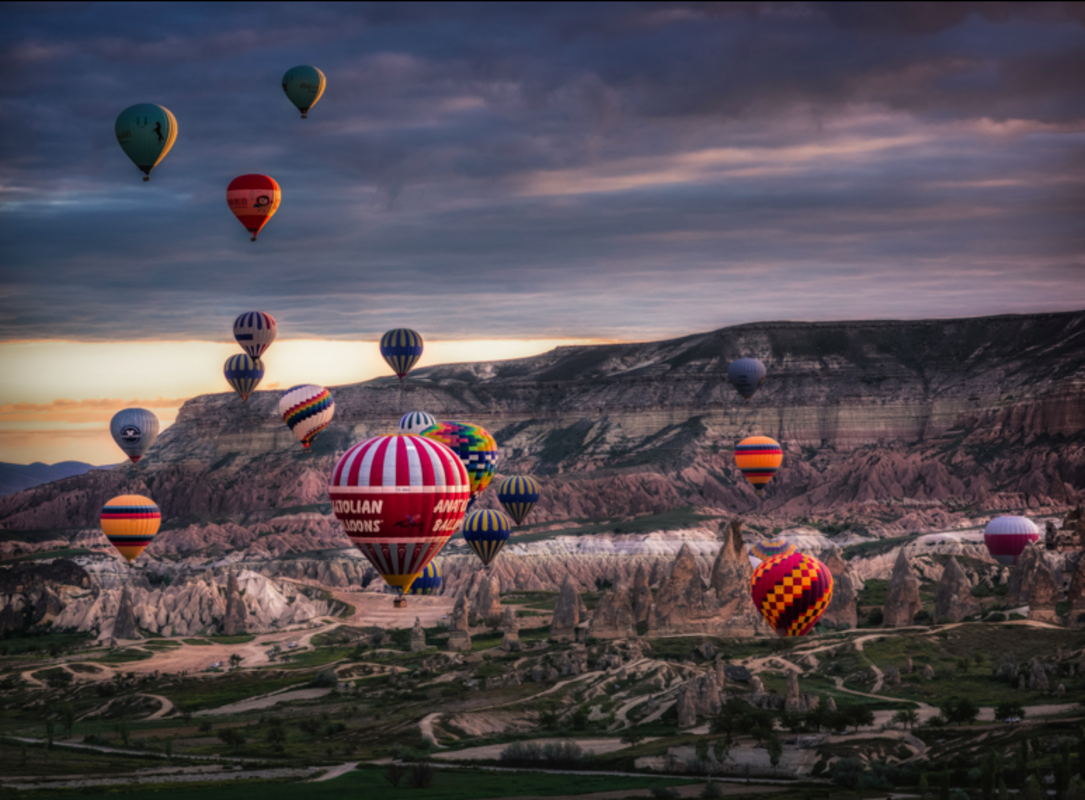 How many balloons do you think are taking part in the race?

What do the crews have to do to win the race?

What does the winner receive?

How many of the crews will make it around the world?

How do you think the crews would prepare for such a journey?

What are the most dangerous things that they might encounter?

Imagine you are a crew member for one of the balloons. Can you draw everything you would take with you on the journey?

After all the months of preparation and building excitement the big day had finally arrived. In unison, the balloons all took off into the air, leaving the cheering crowd far below, gasping at the magnificent spectacle.

A difficult journey lay ahead, and surely not all of the balloons would make it, but they had to try – the prize of £1’000’000 for the first crew to make it around the world was a great incentive…

Can you write a sentence that uses two adjectives before a noun? Can you use a comma to separate the adjectives (because they are in a list)?

e.g. The beautiful, red balloon glided through the sky.

It was a cloudy day. The balloon went up into the sky. They crew were scared. The crew were excited. Lots of people were cheering them on.