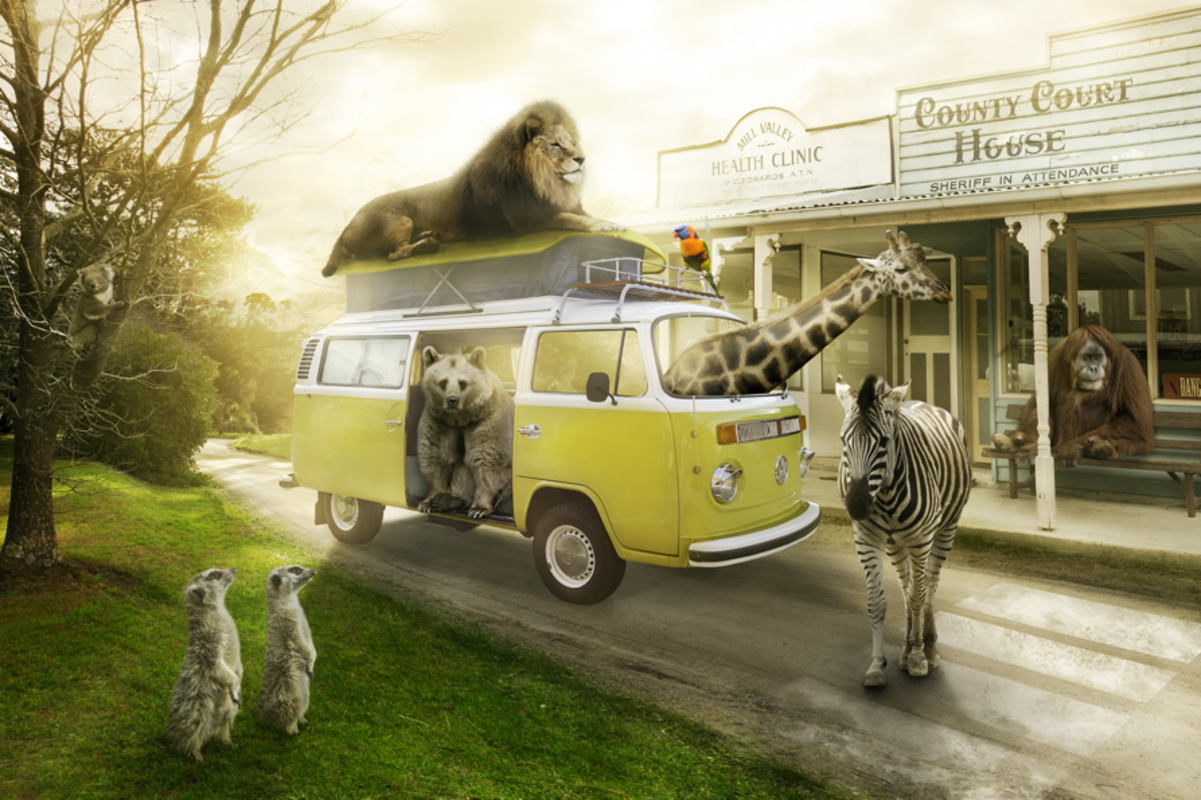 Which animal would be suited to working in the health clinic?

Can you give suggestions as to the occupations of the other animals in the picture?

If you could have any job, what would it be and why?

If you could be any animal, what would it be and why?

Are there any similar problems that both animals and humans experience?

Can you draw a picture of what a scene looks like in the supermarket in Animal Town?

Most visitors are a little shocked (to put it mildly) when they arrive at Animal Town. Despite the fact that the name of the town gives a slight indication to passers-by that the inhabitants of the town are ‘not normal’, it’s as if people don’t believe things until the see them with their own eyes!

Imagine you are a visitor in Animal Town. Try to describe your experience.

Alternatively, you could be one of the residents…

‘Can you use verbs and adverbs to describe what each of the animals in the picture are doing?

E.g. The zebra meanders lethargically across the road.

Nonchalantly, the orangutan lounges on the bench.

You could experiment by using adverbs in different places in your sentences.

A lion sat on the van. A giraffe put his head out through the window. The zebra walked across the road.