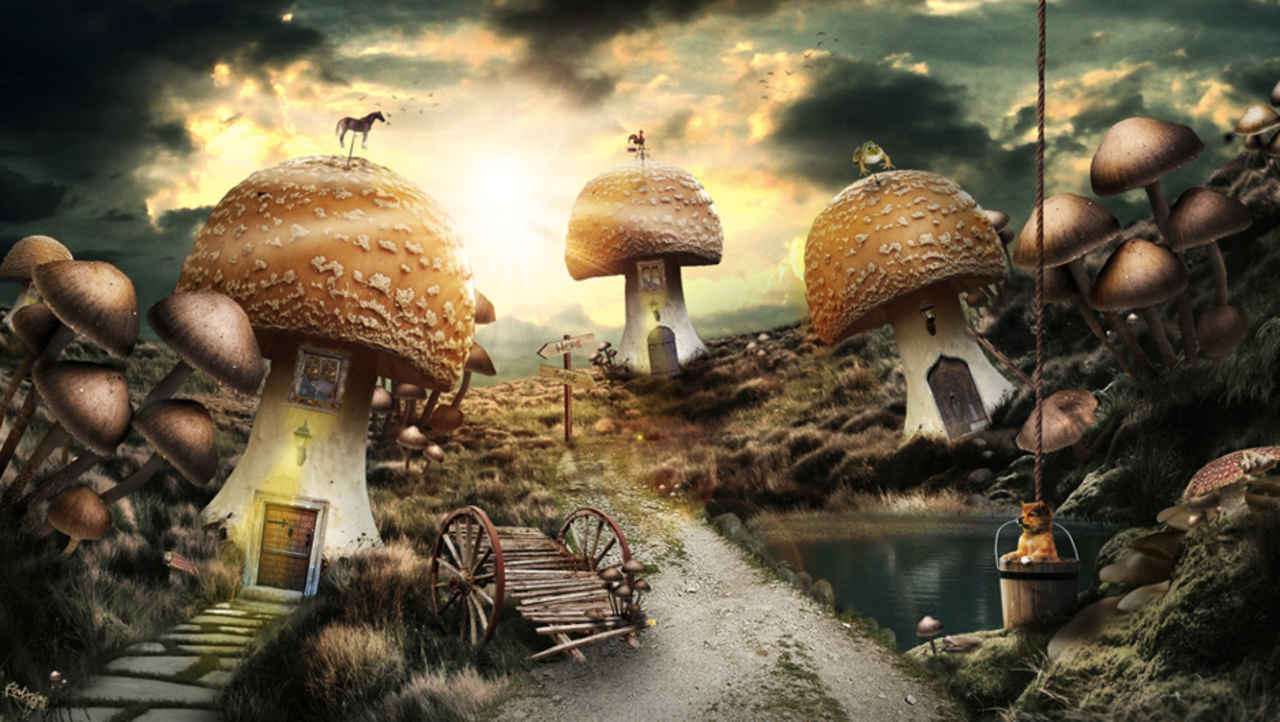 What do you think it would be like living inside a mushroom?

If you could choose to live inside any vegetable what would it be and why?

If you turn a mushroom into a house, is it still a mushroom?

If mushrooms were your favourite food, would it be a good idea to live in a mushroom house?

Follow the rope that is holding the dog in the bucket. Where do you think the rope leads? Draw/describe what/where you have imagined.

He had lived here all his life. The giant mushroom had been home for over 50 years. He was born here, had taken his first steps here, studied at school here and worked the fields here all his adult life. This was the village of Toadstool, and nothing unexpected happened.

Each and every day, his neighbours would carry out their ordinary business in an ordinary way. Each morning, he would sit at his table, tucking into a plate of steaming hot, buttery mushrooms on toast, watching the ordinary world go by in its ordinary way.

This morning seemed no different…until he looked out of his window. The sight that met his bewildered eyes was not ordinary at all. There was an unexpected visitor…

A pronoun is a word that takes the place of a noun.

Ben saw Sally, and he waved at her. The pronouns he and her take the place of Ben and Sally, respectively.

Which pronouns would be best to complete the sentence below?

The sun shone on the big mushroom. The door opened.