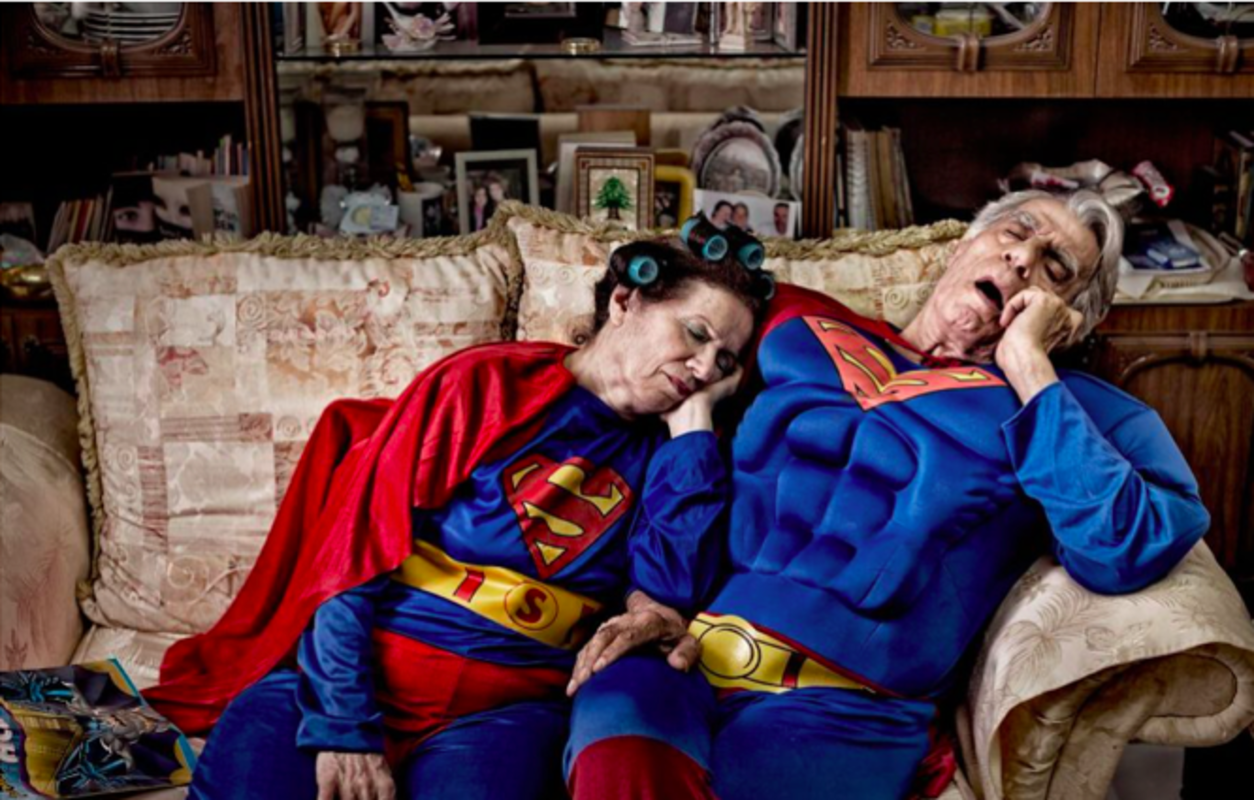 Who do you think is calling them?

What will their final mission be?

Does Superwoman leave her curlers in during missions?

How do you think these superheroes are similar to normal people?

What powers do you think they have?

Do superheroes’ powers deteriorate or change with age?

Can you draw these almost retired superheroes saving the day?

These two superheroes had had a lifetime of saving lives. Day after day they had battled the streets, fighting crime and protecting innocent people from the clutches of evil.

Now, their lives were slightly less busy, as they left saving the world to younger superheroes. However, they still had the energy for one last mission. The phone began to ring…

A parenthesis is a word or a phrase put into a sentence to give it more information.

Parentheses are used to:

Explain what a difficult word means.

Can you use brackets to add extra information?

E.g. His cape (which was glossy and red) was bulletproof.

These sentences are ‘sick’ and need help to get better.

He was sleeping. He wore a blue outfit. He wore a red cape. He had grey hair.