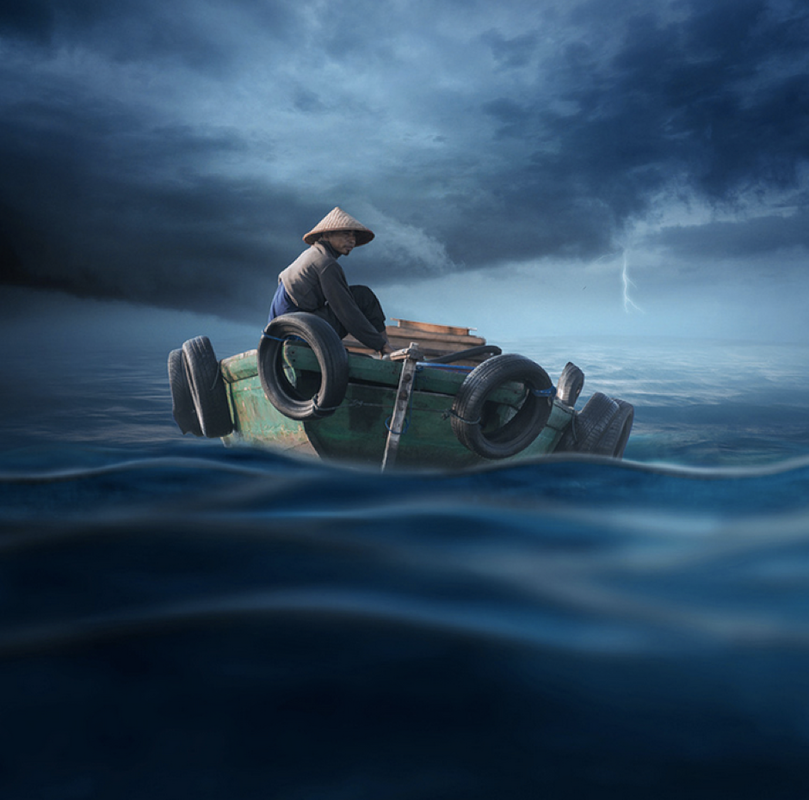 Imagine you are on a sinking ship. You have 1 minute to grab as many items as you can to take with you on a lifeboat. If you could take 10 items with you to help you survive and be rescued, what would they be?

Can you rank the following 10 items in order of importance in helping you to survive?

A bar of chocolate

A bottle of water

Can you draw a picture of the man and the boat during the terrible storm?

Storm-clouds gathered all around him like a pack of wolves surrounding their prey. The tormenting threat of thunder echoed through the night air, as streaks of silvery lightning illuminated the darkness. The storm was far away, for now, but it still filled his heart with fear.

He had made it this far, but how would he survive the night? Would he ever see his family again?

Can you continue the story of the man adrift in the ocean? How did he find himself in this situation? How will he stay alive on the vessel?

You could write a diary entry for a day he spends at sea trying to survive.

You could write a set of instructions about ‘How to survive at sea’.

Can you write a sentence containing a relative clause, starting with a noun?

E.G. The ocean, which was usually his greatest friend, was now his worst enemy.

Fish, which he usually hated eating, were now the only thing keeping him alive.

The man sat in the boat. It was cloudy. He could see lightning.