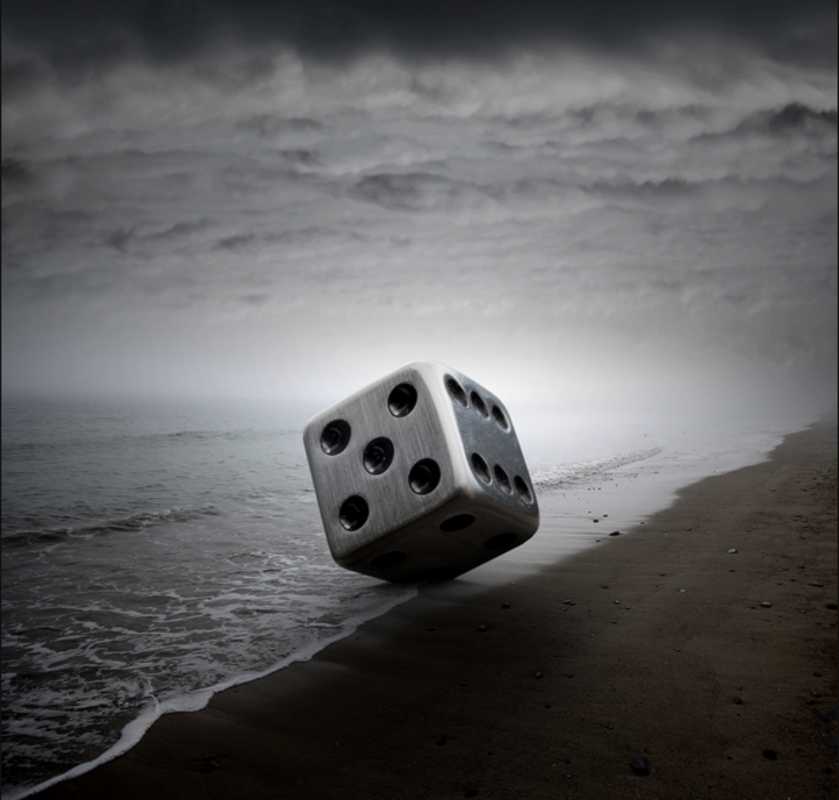 What number did the die land on?

Who is playing the game?

What will happen now that the die has stopped?

Is there anybody else nearby who has witnessed the game?

Where have the giants come from? Is this their home?

Can you draw a picture of the giants who are playing the game?

The enormous die crashed into the sand with a thud, but what number would it land on?

The giants ran after it, craning their necks, jostling with one another to see what the outcome would be. As they moved across the beach the ground shook violently, barely able to contain their mighty weight and size.

Finally, the die came to rest. One of the giants let out an almighty roar of delight that reverberated for miles around…

Can you make a list of sounds (onomatopoeia) that the die might make as it is thrown on the beach?

Can you then start a sentence with a sound?

Thump! The die landed on the beach.

Thud… The die rolled over one final time.

The giant threw the die. It was really big and had big black dots on. It landed on the beach and started to roll.