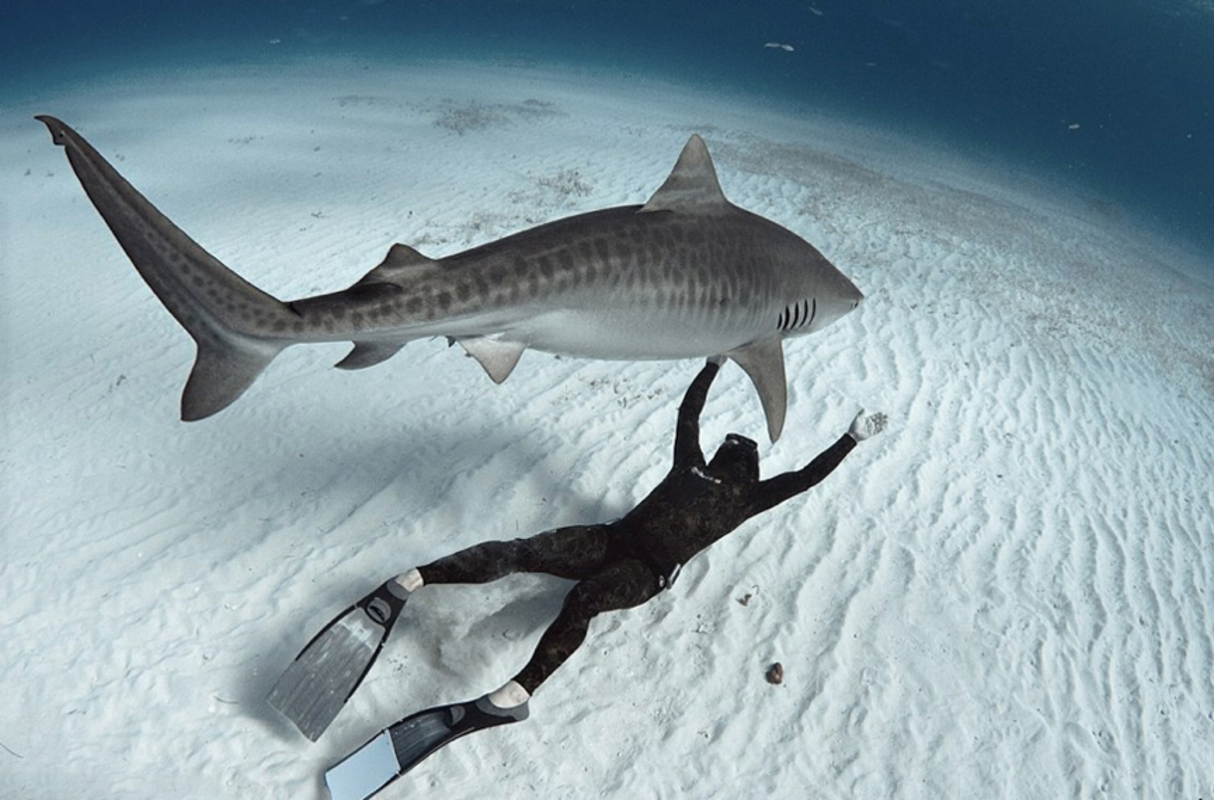 Why is Danny swimming underneath the shark?

What were the markings on the sharks body from?

Why is the shark not eating Danny?

Where might the shark lead Danny on their adventure? Is he happy to be followed by a diver? Has he noticed Danny is there?

What do you think Danny and the shark will see on their adventure? Can you draw some things they might find under the sea?

Danny’s flippers swished the water up and down as he moved silently in the sombre shadow of the enormous beast. He could hear his own heart beating like a drum inside his chest as he fixed his gaze on the shark. He looked closely at the markings on the shark’s body as the two glided through the water in silence. “Wherever the shark decides to go, “ thought Danny, “I’m following!”. He put all his strength into keeping up with the king of the underwater playground. He was determined that their adventure would last as long as was possible.

‘swished the water’ is an example of Onomatopoeia. Using words which mimic the sound of the object or action they refer to is a powerful tool in writing. Can you think of other sound words linked to this picture and make a sentence?

These sentences are sick and need your help to get better.

The shark was big. The man was smaller. The shark swam up high. The man swam under him.